The New Year has arrived and I ushered it in quietly by taking dinner to a friend who is sick, and an early champagne toast before turning in around 10 pm.  As I laid in bed thinking about my ‘lame’ middle-aged celebration, my mind wandered to the more active festivities of past New Years.  Growing up in a pastor’s home in the Wesleyan-Holiness tradition, many New Year’s Eve celebrations involved jigsaw puzzles until about 11:00 pm, then a mad dash to the church for a Watchnight service.

While in reality it was probably only an hour or so, to a child, those services spent largely on our knees at the altar seemed to stretch on endlessly.  The focus of the service seemed to be anticipation of the second coming of Christ, and prayers swelled up around the altar by those calling “Even so, come Lord Jesus”, those repenting of their as-of-yet unforgiven sins, and those bemoaning the misery of this life led as resident aliens–Christians living in a world of sinful people.  Mom was at the piano playing ‘mood music’, and my father stood alongside the altar, occasionally placing a gentle hand on the shoulder of someone who was struggling in prayer–a grace-full nudge into the kingdom.  I would kneel alongside the adults, my forehead pressed against the wood of the altar railing, my hands covering my eyes lest my father see me staring about.

I remember glancing up from between my fingers at the clock on the back wall of the sanctuary.  My anxiety rose the closer we got to midnight.  Somehow I assumed that mid-night was the ‘ground zero’ for Jesus’ imminent return.  If confession of sins was going to happen–it needed to be NOW.  I’d rack my brain trying to remember any sins I’d committed, and failing to do so, would simply pray “if there is anything I’ve done I haven’t named, please forgive me.”  It was my rapture insurance policy: my special brand of deathbed conversion.  Then I’d watch the clock tic and wonder if it was sincere enough… or if my wondering that was its own form of sin… then I’d confess my doubt.  And anxiously wait for midnight to hit… to see whether or not Jesus was going to show up and judge me. 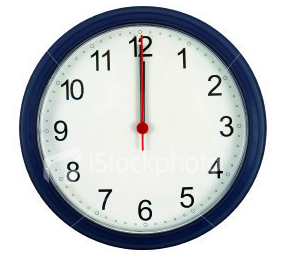 I always experienced a bizarre sense of relief that our prayers hadn’t ‘worked’. And then I began to wonder why in the world we’d pray for such an apocalyptic moment to come sooner rather than later… And the services became meaningless.  And as an adult, I abandoned them altogether.

But today is the 150th anniversary of the emancipation proclamation.  Watchnight service has significance and history in the African-American community in the United States, since many slaves were said to have gathered in churches on New Year’s Eve, in 1862, to await news and confirmation of the enactment of the Emancipation Proclamation by President Abraham Lincoln, on January 1, 1863. My friend Troy Underwood describes that first Watchnight gathering  as a time “where slaves watched slavery go out and freedom come in. Though freedom didn’t happen immediately, we continued to press our way. The African-American church continues the tradition for justice.”

And now I long for a Watchnight service which points to the coming of Christ as the liberation from bondage and slavery; where ‘heaven’ isn’t reserved for a pipe-dream, but instead is realized in the here-and-now; and where hope is alive and has material implications.